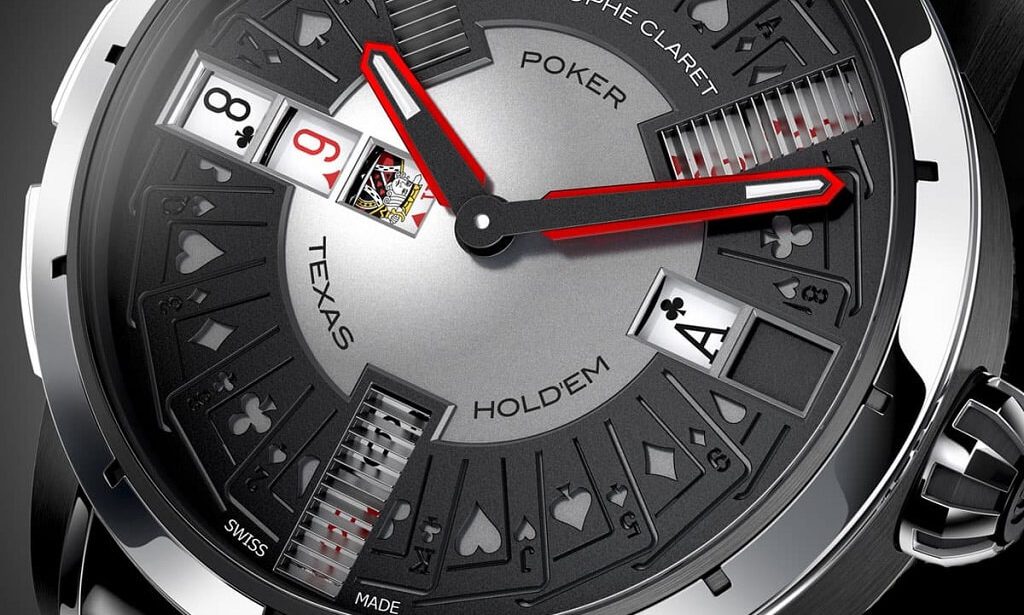 Investing in a watch in 2022 requires careful thought. What are we going to be using that watch for? Does it need to be rugged enough to stand up to the rigors of a physical job? Would we like a ‘traditional’ watch or a smartwatch? Divers’ watches are no longer the preserve of high-end European marques, as the latest smartwatches boast waterproofing and relevant features such as heart rate monitors.

A watch that you can use to make payments may be useful in today’s increasingly contactless society with Apple Pay now having over half a billion users. We’ve looked previously at ’10 Factors to Consider When Choosing Men’s Watches’, and those are just an intro.

Watches and poker have a long and storied history. It’s always a good idea to wear one in a casino, where the lack of clocks and perpetually twilit ambiance can blunt even the most seasoned card shark. There’s the classic stereotype of the gambler in a backroom game throwing their watch in when the cash pile runs out. That isn’t something we’d recommend doing with the Christophe Claret Poker.

Far from being simply a brand name, The Poker is the world’s first mechanical wristwatch that you can play a full game of poker on, and the internals required to conduct such a feat are a marvel in themselves. The timepiece understands how to deal Texas Hold’em which is the world’s most popular variant, and with over 2.5 million potential hands to be made from a 52-card deck, precision is paramount. The watch has a unique movement, designed in-house, containing no less than 655 individual parts, and running on a combination of ball bearings and 72 jewels. When the wearer pushes a side-mounted button to deal with their next card, four rotating discs on which the cards are printed are set in motion and then halted by friction dampers, ensuring a random outcome on every action.

Limited to 20 pieces, The Poker boasts a white gold and grade 5 (the kind you’ll find in high-performance aerospace parts) PVD-treated titanium case. The strap is made from alligator leather. Hands are treated with Super-LumiNova (again, commonly used in aircraft dials and indicators) to ensure visibility in even the dimmest of lights. A patented cathedral gong sounds when a button is pushed to deal a new card, and the three players that the watch supports each have their two ‘hole’ cards visible only to them under louvered blinds. As if that wasn’t enough, the watch also features a roulette table on the underside of the fully transparent sapphire crystal case’s back. The ‘ball’ is activated by a quick flick of the wrist and then stopped by the same dampening system that deals with the poker cards.

The concept of the gaming watch isn’t new. In 1977, the Unitrex Datatime Monte Carlo became the world’s first gaming watch and many of us may have fond memories of the 1980’s collaboration between Nintendo and Nelsonic that saw favorites like Donkey Kong and Star Fox leap out of the TV and on to our wrists. Christophe Claret has taken it to the heights of performance with The Poker. At $180,000 though, you’ll need to be flush to have one in your hand.

Copyright © GentWatches.com 2020. All Rights reserved.
Made with by WPlook Themes